Figures published this week from both the Government and Spain’s leading appraisal company show Spanish house prices in stable but positive territory.

Spanish house prices rose 1.8% last year, according to the house price index published by the Government’s Housing Department, part of the Ministry of Public Works (Fomento).

That is the first time this index has finished a year in positive territory since 2007, almost a decade ago (see chart above). 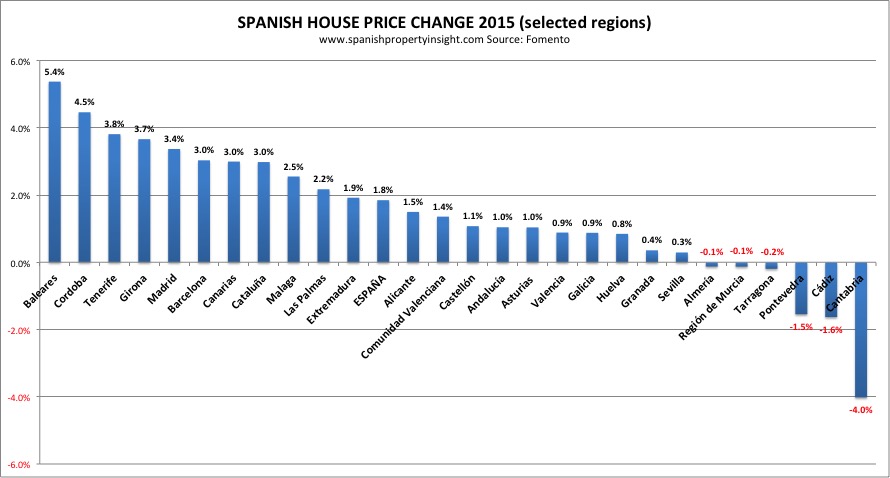 Also just published are the February house prices figures from Tinsa, Spain’s leading appraisal company, showing average national prices up 2.7% over 12 months, and by 6.1% on the coast, and 2.5% on the Balearic Islands and Canary Islands.

In the context of the SPI House Price Index Tracker, which tracks the seven most-watched house price indices in Spain, the latest figures (highlighted in yellow) reinforce a picture of stable house prices with a slight upward momentum. The biggest absolute decline has taken place in Catalonia, where asking prices went from an average of €309,136 at their peak, to €160,284 in February, a decline of €148,852 (-48.2%). The chart illustrates how spectacularly vendors have lowered their price expectations over the last decade.