Brexit price-hike on money transfers between Spain and the UK confirmed, cost-reduction ideas to follow

HOME SALES IN NOVEMBER 2020: Stability, but no recovery

The celebrity hard-left Mayor of the city of Cadiz has failed in his attempt to ban all holiday rentals from the jewel of the Spanish Atlantic coast.

Cadiz is one of the most attractive cities in Spain, so it’s unsruprising that it attracts a lot of tourists, creating strong demand for holiday accommodation in the city, including tourist rentals.

Just like other tourist hotspots in Spain where tourists compete with locals for accomodation, for example in Barcelona and Palma de Mallorca, this creates winners and losers. The winners are property owners who have the option of potentially earning more income renting to tourists than locals, and the losers are locals looking for rental accommodation, who might have to end up paying more.

But unlike Barcelona and Palma, where leftwing politicians looking for the tenants’ vote have managed to clamp down hard on legal on holiday rentals (whilst the illegal business flourishes), the hard-left Mayor of Cadiz, Jose Maria Gonzalez, known to everyone as Kichi (pictured), has seen his proposal to ban all holiday rentals in the city rejected by the city council. 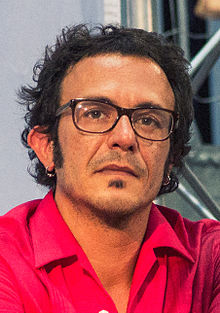 “We can’t regulate tourist apartments,” he lamented to the local press after socialist councillors voted with the right wing opposition against his proposal to change the General Urban Plan to prohibit short-stay rentals in the city. “We can’t put an end to the expulsion of residents of Cadiz. Some things are impossible to understand.” This colourful character who is aligned with the hard-left Podemos party currently in freefall around Spain accused the Socialists of “putting speculation before the right to a city.”

According to a recent study, there are 1,224 properties with a valid tourist rental licence in the city, but 1,509 homes advertised for rent to tourists on platforms like Airbnb and Vrbo (formerly known as Homeaway), suggesting there are 285 illegal holiday rentals in Cadiz city.

For the time being, at least, owners of homes in Cadiz city with valid tourist rental licences issued by the Junta (regional government of Andalusia) can continue renting their homes to holiday markers on a short stay basis, once tourist return to the city when Covid-19 is no longer scaring the bejesus out of everyone.

The return of Belle

Government extends eviction ban, making it more important than ever to keep an eye on your property in Spain

Christmas tree inflation skyrockets, at least in my experience