As the pendulum swings left, and housing becomes more political, here’s a taste of what the hard left think of real estate investors 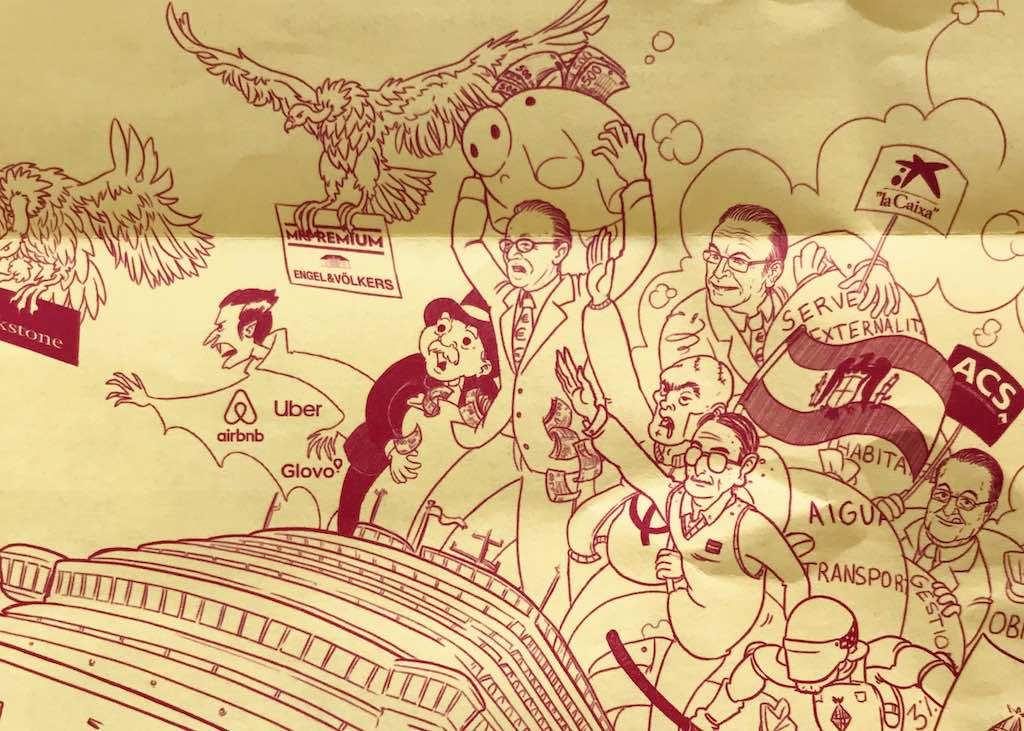 With the right-wing blocked from power by fragmentation of its vote, the centre-left Spanish Socialist party won the most seats in the recent general elections, but need to do a deal with the hard-left Podemos party to form a government. In Madrid right wing parties are bickering over a coalition that might never get off the ground, and in Barcelona, the hard-left under Ada Colau and her Barcelona en Comu party are hanging onto power with support from the Socialists, and Manuel Valls – the former Socialist prime minister of France – now a maverick politician in Barcelona taking a stern stance against Catalan separatism. There’s a confusing patchwork of local, regional and national political coalitions in the making, but overall the political pendulum swung to the left in the recent electoral cycle, and the hard left may get a taste of real power here and there when the dust settles.

So what do the hard-left think of real estate investors in general, and foreign ones in particular? ‘Vermin’ probably sums it up about right. An election leaflet published by the hard-left CUP party in Barcelona caught my attention, as it graphically illustrates hard-left attitudes towards capital, investors, banks, entrepreneurs, corporations, institutions, utilities, and the forces of law and order. Foreign investors, especially the funds risking money on Spanish real estate, are definitely one of the bad guys.

As you can see from the leaflet pictures, they see foreign funds like US-based Blackstone, supported by the German real estate company Engel & Völkers, as vultures, whilst foreign companies like Uber and Airbnb are vampires, accompanied by cockroaches, ghouls, vermin and fascists from banks, utilities, institutions and the riot police all marching forward on a big cruise liner representing tourism, and resisted by a saintly crowd of families, activists, immigrants, workers, and their pets.

Does it matter what the CUP think and say with their infantile propaganda that tries to demonise sections of society? After all, they were wiped out in the recent elections in Barcelona, so their voters are deserting them. But their fellow travellers in Ada Colau’s party are still in power, and share many of the same attitudes, as do Podemos at a national level, who may well have real influence over policy if they manage to do a deal with the Socialists.

Anyway, the hard left has already managed to frame the housing market debate on their terms and push the debate to the left. Now the narrative, accepted without question by the local press it seems, is all about speculators, vulture funds, and greedy landlords, and nothing to do with the laws of supply and demand. Expect policies to follow that will reduce supplies and drive up housing costs in hot markets like Barcelona, Madrid, and the Balearics. A good opportunity for speculators then, but an extra risk factor for foreign investors to bear in mind when considering the investment case of Spanish real estate.