Brexit impact on British demand for property in Spain: The story so far 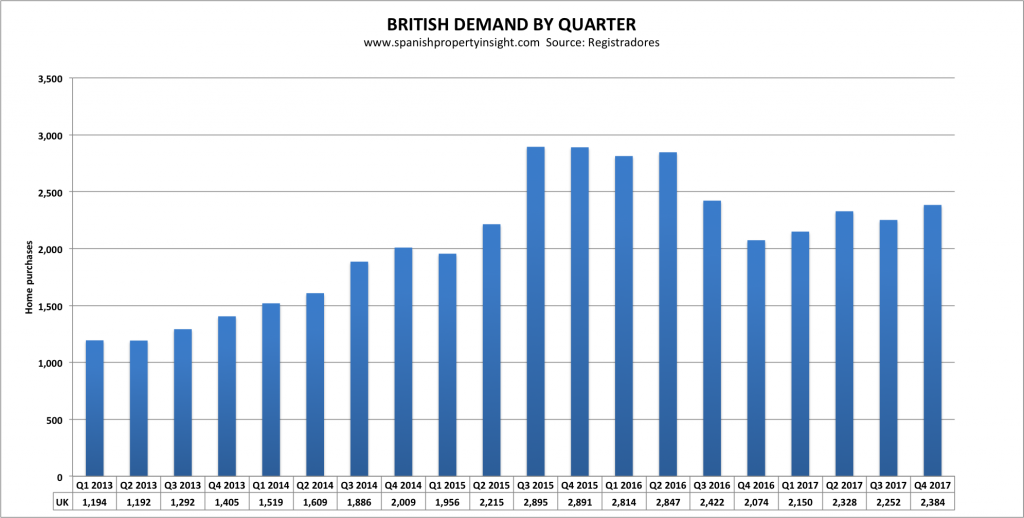 The British voted to leave the EU in a referendum in June 2016. What impact has the referendum result had on British demand for Spanish property so far?

Surprisingly little. The number of British buyers dropped significantly in the second half of 2016 after the referendum, but has been recovering since then (chart above).

The British are still by far the biggest group of foreign buyers of Spanish property, almost double the next biggest group – the French.

Agents and developers tell me they have seen an increase in British buyers with budgets above €400,000, and a fall in numbers in the middle market between €200,000 and €400,000. Some buyers in the middle market are trading down, bolstering the lower end. I’ve heard one theory that Brits with financial resources are getting money out of the UK and into European assets like Spanish property before Brexit really bites.