Using asking prices in its database of listings, Idealista.com has produced a chart (below) showing the average price in provincial capitals (dark green) compared to the national average (light green). 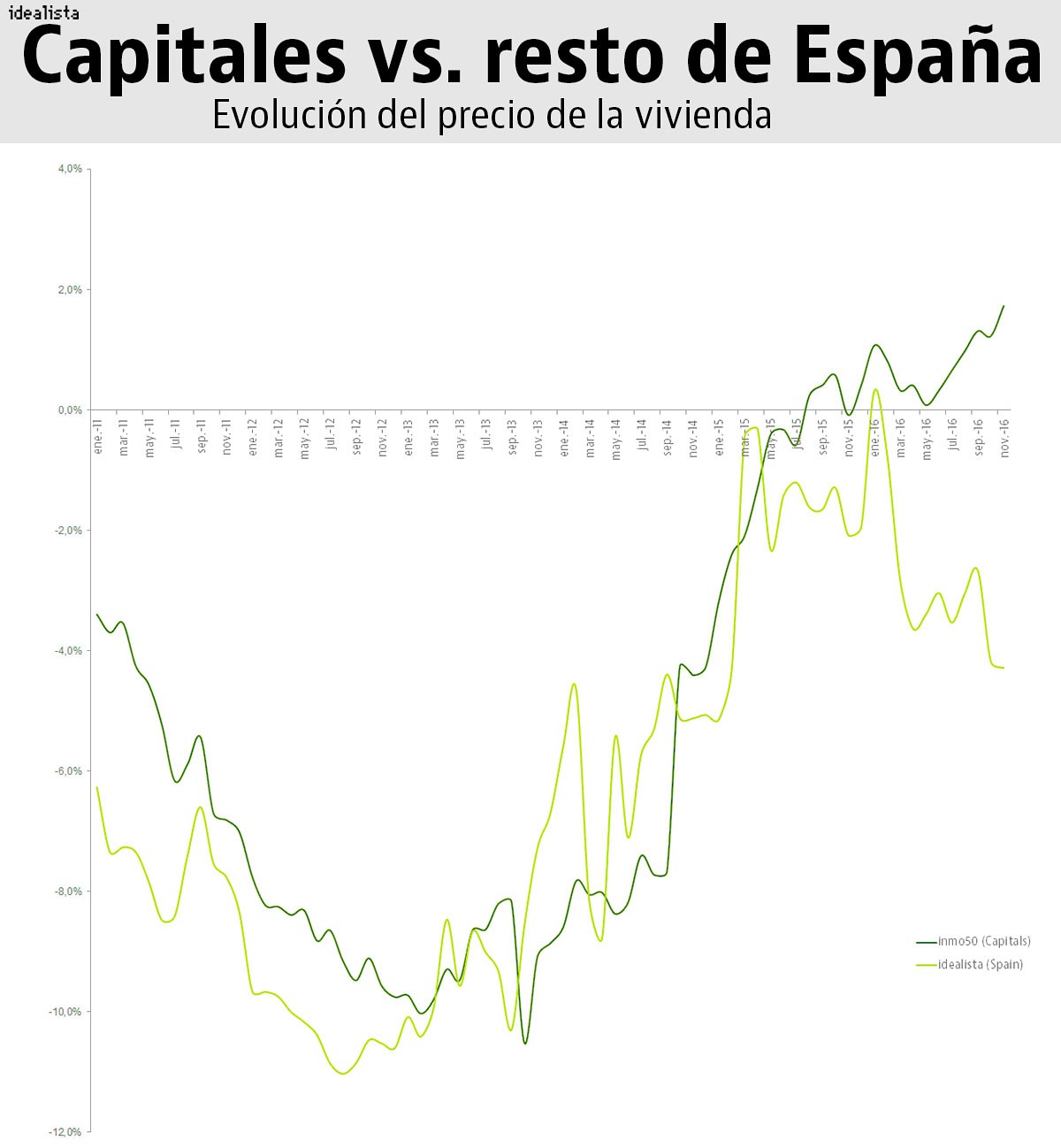 The chart shows that the two markets followed more or less the same trajectory down after the crash, and both started recovering in 2013. But since the second quarter of 2015 they have been going in different directions, with capital city prices rising (1.7% yoy in November) whilst the national average figures heads down (-4.3% in the same period).

Fernando Encinar, head of research at Idealista explains: “The study makes clear that markets that are attract the most interest and can count on solvent demand are already rising in price, whilst other areas, mostly rural, can’t manage to manage to raise interest from buyers, and are being forced to continue dropping prices to close sales.”