HOME SALES: Market expansion back on track in November

After diminished sales growth of 4% in October, Spanish property sales jumped back up to 15% growth in November, according to the latest figures from the National Institute of Statistics (INE).

There were 25,979 home sales inscribed in the Property Register in November (not counting subsidised housing), up 15% year-on-year, and much higher than the 4% growth in sales recorded in October, suggesting that the market expansion is still on track for now. 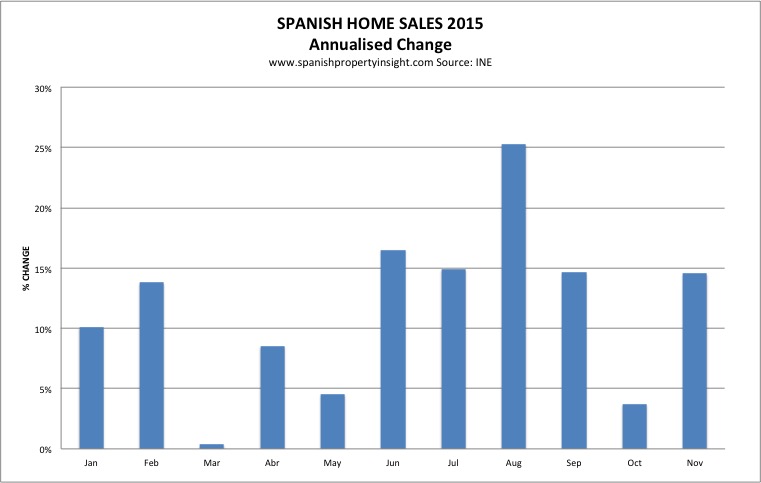 Once again the market growth came from the resale business, up 33% year-on-year, compared to a 28% decline in new home sales. Resales now make up 80% of the market, down from parity at the start of 2014.

The gap between resales and new home sales has been getting wider since the start of 2014, as the pipeline of new developments dries up. The home building business in Spain is slowly coming back to life, but this trend of growing resales and declining new home sales will continue for some time to come. 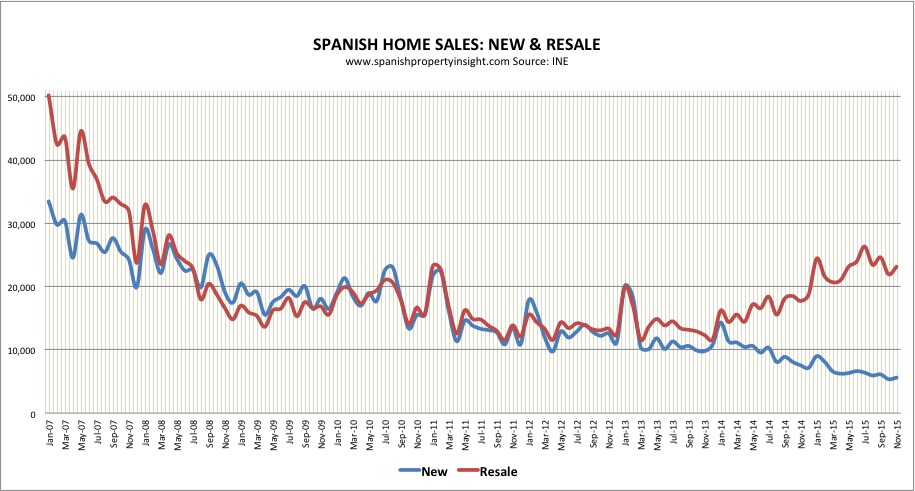 With one month to go before the full year figures are in it’s clear that 2015 will prove to be the year the market returned to significant growth in sales, having bottomed out in 2014 after seven years of crisis.