The Spanish property market expanded last year for the first time since 2010, in a sign that the slump in home sales might have finally come to an end, according to the latest figures from the National Institute of Statistics (INE).

It looks like the Spanish property market has finally stopped contracting in volume terms, after shrinking for six consecutive years – excluding 2010, when the market was artificially inflated by Government tinkering with the tax code, and banks moving property portfolios from one balance sheet to another.

With the exception of some local segments in prime areas of the big cities and popular coasts, the Spanish property market is still deep in crisis, but at least these figures suggest that the market has bottomed out in terms of sales. 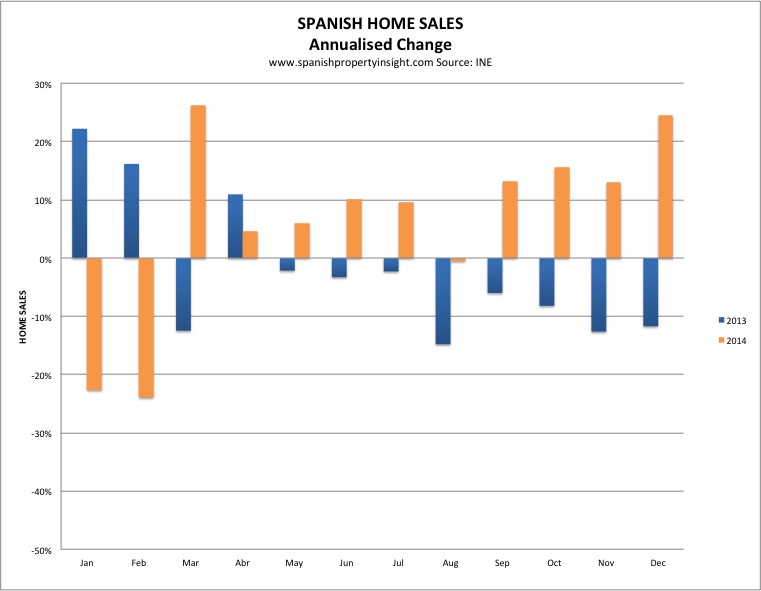 The gulf between new build and resale transactions widened throughout the year, as the pipeline of new homes that can realistically be sold ran dry. The collapse of the Spanish home-building industry is partly responsible for the plunge in new home sales.

Taking the year as a whole, sales were up the most in Malaga and the Balearics, largely thanks to foreign demand boosting the market in those areas.

One thought on “Spanish Property Market Grows In 2014”