Spanish housing glut to disappear by 2017

The Spanish housing glut should have disappear by 2017, and work on new homes will have to start by 2015 to prevent price pressures building up, argues a new report from Tinsa, an appraisal company. 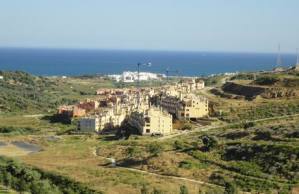 Tinsa see signs of small improvements in mortgage lending that could pave the way to a recovery in demand, and a progressive reduction in the glut culminating in 2017.

Under this scenario, housing starts will have to pick up in the second half of 2015 for supply to meet demand in 2018 without price tensions building up.

Tinsa assume the excess new housing inventory stands at around 400,000, based on figures from the Housing Department, and that Spanish economy will continue to grow at its present rate, creating the jobs people need to be able to afford to buy home.

Generalisations can be misleading, however. As Iñigo Valenzuela, head of Tinsa, points out, the market is made up of many segments, some of which have already run out of stock.

In markets like the Balearics, Canaries, consolidated areas of the coast, and city centres where demand is deep and supplies limited, sales are on the rise, whilst price declines and stocks are on the wane.

Despite some encouraging signs, Tinsa still expect prices to fall in 2014, but less than the 9pc fall in 2013. According to them, prices have fallen 39pc since the peak.

Foreign buyers will continue to be the best performing segment, as it was in 2013, with non-residents up 34pc in Q3 2013 compared to 12 months before, and resident foreign demand up 20pc.

Tinsa forecast that developer financing will return by 2015, in time to ward off price pressures in 2017.

Given the long lead times in the home building industry this situation is fairly likely to happen, and could spark off escalating prices off-plan, just like last time. It wouldn’t be the first time the bitter lessons learnt were quickly forgotten.

Thoughts on “Spanish housing glut to disappear by 2017”