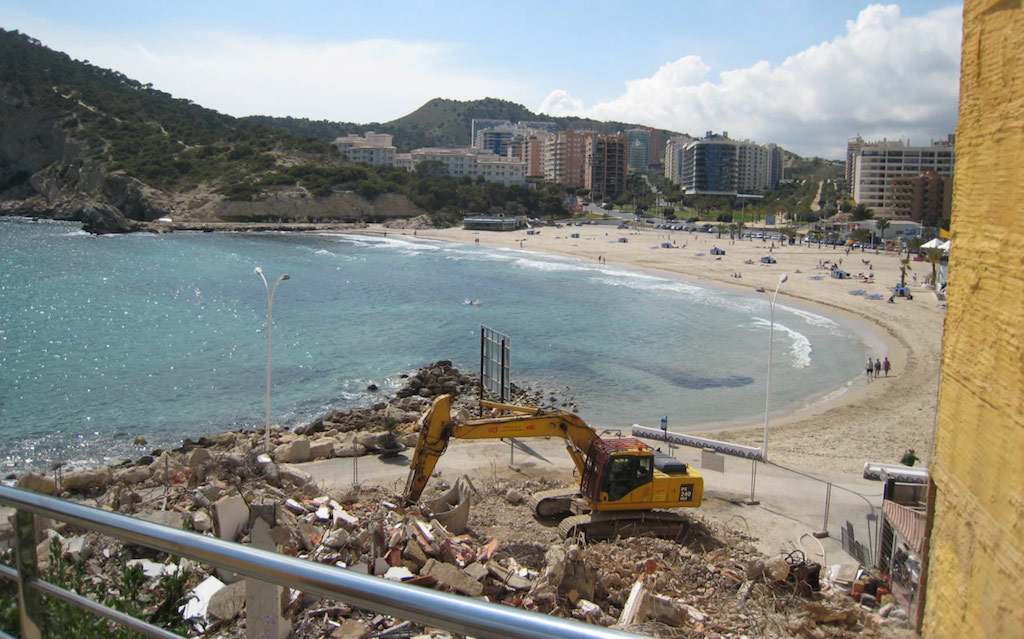 The day when Spain will have to demolish some unfinished new developments is not far off now.

What to do with Spain’s glut of new homes and half-finished developments? People have been asking this question for the last five years, forlornly hoping the market would pick up, digest the glut, and take away the problem. Demolition was always seen as a last resort, but with every passing year that last resort gets closer.

The figures do not bode well. According to Spanish press reports there are still something like 750,000 new homes languishing on the market, maybe more, and hundreds of thousands more as yet unfinished (nobody knows how many), whilst new home sales are running at around 10,000 a month according to the latest figures from the National Institute of Statistics. At current sales volumes it’ll take more than a decade to digest the glut, by which time many of those “new” homes will be more than 10 years old. “Never previously occupied” is already starting to be a better description than “new”.

In the meantime, it costs a lot of money to maintain all these empty homes, so it’s not as if waiting for the market to recover is a cost-free option. Empty properties have to be guarded and maintained, and taxes paid. When you factor in the cost of capital, banks are spending tens of millions of Euros a year on empty properties that only depreciate further with every passing day.

The longer this situation drags on, the more sense it make to start demolishing some of the stock, for example the unfinished developments in areas with no demand. The Spanish press reports that banks are starting to make plans to demolish the most hopeless unfinished developments. Spain’s bad bank, the Sareb, is reported to have a budget of 103 million Euros set aside for demolitions.

Where should they start with the wrecking ball? Not on the coast, where there is diversified international demand and everything can be sold in due course, if the pricing and marketing is appropriate. The real problem is around the provincial capitals of the interior, where the population is declining and I fail to see where the demand will ever come from.

In fact, there have been some demolitions in recent years, but all of the wrong sort. Rather than demolishing half-finished developments that can never be sold, the authorities in Andalusia started by bulldozing homes occupied by British pensioners like the Priors, quite literally tearing down the house around them. Only yesterday the regional Government of Andalusia (the Junta) got the green light to knock down nine more homes in Llanos del Peral, Zurgena, currently owned and occupied by British expats.

Thoughts on “Demolition day getting closer”