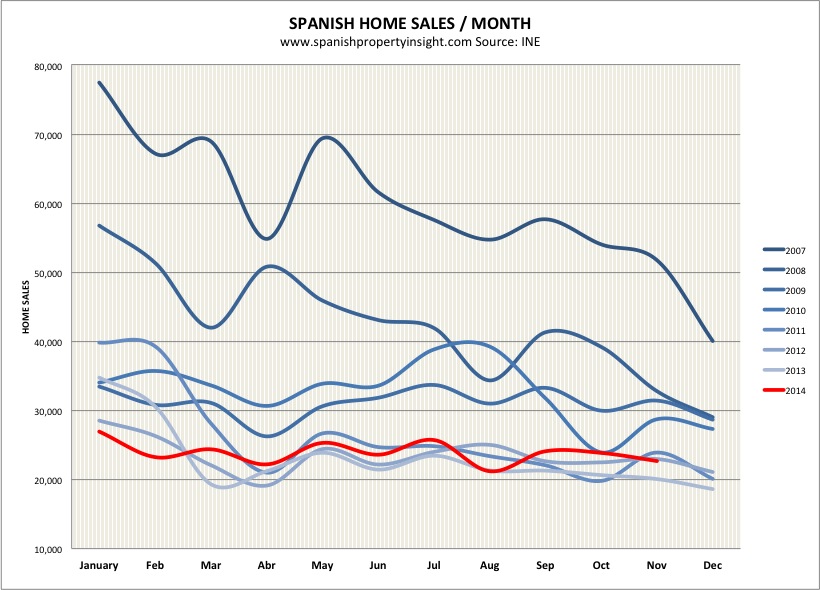 The Spanish property market grew by 13 per cent in October, according to the latest figures from the National Institute of Statistics (INE).

There were 22,675 home sales recorded in the Property Register in October (excluding social housing), 13 per cent more than last year, but five per cent down on a monthly basis. Home sales tend to taper off towards the end of the year, as illustrated above.

Annualised sales have increased in eight out of ten months so far this year, compared to just three out of ten last year, as this chart shows:

The market is growing despite a big decline in new homes sales, as the supply of new properties that people want to buy runs dry. Resales increased an annualised 45 per cent in November, whilst new home sales plunged 21 per cent.

By region, annualised sales exploded 94 per cent in Teruel, but that was almost certainly a one-off from a low base that won’t be repeated. More interesting was the 56% increase in Malaga, home to the Costa del Sol, where sales have increased way above the national average almost every month this year. Property professionals talk of a “mini-boom” in the area, especially Marbella, which is reflected in these figures.

Looking at the annualised change in new home sales by region in November, the drama of the Spanish home building industry is clear to see. Sales declined or collapsed in most regions, with the exception of Malaga and Girona, home to the Costa Brava.

Year to date, over ten months to the end of December, the market has grown the most in annualised terms in Málaga, Cádiz (Costa de la Luz), and the Balearics, despite declining new home sales in all regions. At the other end of the scale, the market shrank in Teruel, Almeria (Costa Calida), Granada (Costa Tropical), Tarragona (Costa Dorada), and Castellón (Costa Azahar). 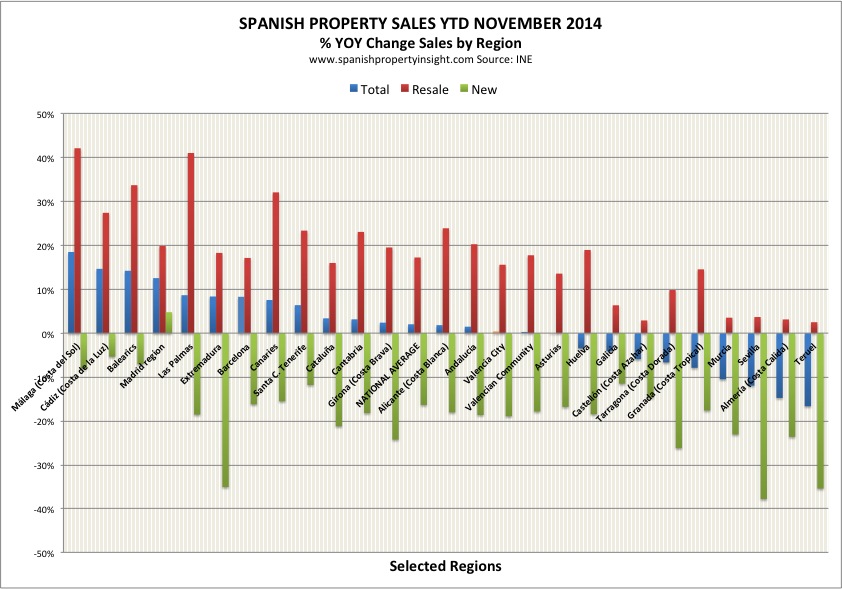 The INE’s figures reflect sales that took place a month or two before, when they are recorded by the Notaries. Given that the most recent report from the Notaries showed a small dip in sales in October, we can expect the INE’s figures to follow suit next month.

One thought on “Spanish Property Market Maintains Growth In November”