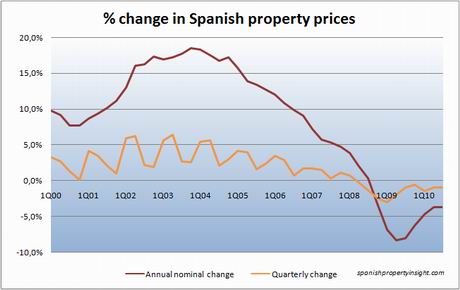 Spanish house prices fell 3.7% over 12 months to the end of September, claim the latest figures from the Ministry of Housing. In reality prices are down much more than that, though exactly how much is anyone’s guess.

In comparison, the Tinsa index (reported last week) shows prices down 5% over 12 months. Closer to reality, but even that is hard to believe given the current state of the market.

For what they are worth, here are the Housing Ministry’s figures for a selection of regions. Even though they fail to capture the true extent of the crash, they still show that prices in popular regions like Alicante (Costa Blanca), and Malaga (Costa del Sol) are down around 20%.

That said, prices on the Costa del Sol are still more than double what they were a decade ago, so the majority of owners there are still sitting on heft capital gains. 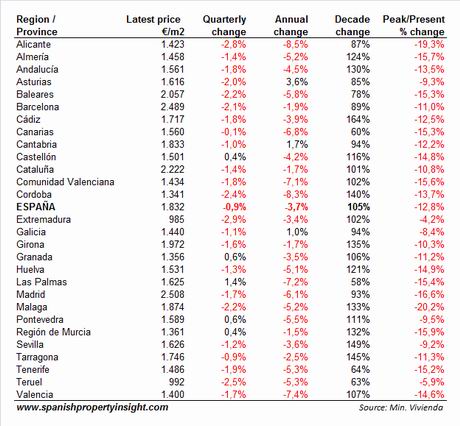 One thought on “Latest house price index from Housing Ministry unchanged at -3.7pc”