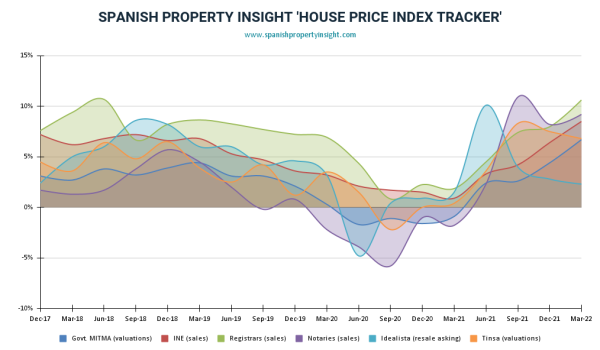 No recovery in sight for Spanish housing market

Talk of a housing market recovery is premature argues an article over the weekend in one of Spain’s most influential papers.

It’s still too soon to talk of a recovery of the Spanish housing market, according to an article by Fiona Maharg-Bravo this weekend in the business section of Spain’s leading daily news paper ‘El Pais’ .

True, there are signs that the market has stabilised after going into a tailspin, writes Maharg-Bravo. For example the official property price index from the National Institute of Statistics (INE) shows that property prices fell by just 0.4% between March and June this year, whilst transactions increased 8% over the period, and a total of 465,000 homes were sold over the last 12 months – well above the 300,000 to 400,000 figure that economists consider normal. As a result the Ministry of Housing is talking about a return to normality.

But it is likely that the situation will continue deteriorating, argues Maharg-Bravo, for various reasons.

For a start, property prices are still too high, she argues, despite record low interest rates making housing more affordable. The average Spanish family still needs to spend almost 7 years of combined household income to buy a home, compared to 4.4 years in the UK, and just 2.7 years in the US, according to research by the international bank Credit Suisse. That might explain why Spain’s Minister of Housing keeps calling for lower property prices.

Another problem is the growing glut of homes, especially newly built ones. 1.6 million of them, according to one estimate by real estate property market consultants RR de Acuña. Many of them now belong to banks, who have swapped them for debt, and the problem looks likely to keep growing. But unless the banks have a cash problem, which they don’t for now, thanks to the largesse of the European Central Bank, they will have little reason to bite the bullet and sell at a loss. One day, however, the banks will have to put their accumulated stock of property back on the market.

You need a job to buy property

But the main reason why Spain’s property market is not about to return to normality any time soon is the unemployment rate of 19% and growing. “Whilst there is no improvement in job prospects and prices continue falling, the market will not return to normality,” concludes Maharg-Bravo.