Lawyer Raymond Nesbitt gives us a sweeping overview of the tax changes we can expect in Spain for UK resident taxpayers as from the 1st January 2021.

Marbella-based Larraín Nesbitt Lawyers has over 17 years’ taxation & conveyancing experience at your service. We offer a wide range of 40 legal and corporate services. Our team of native English-speaking lawyers and economists have a long track record successfully assisting expats all over Spain. 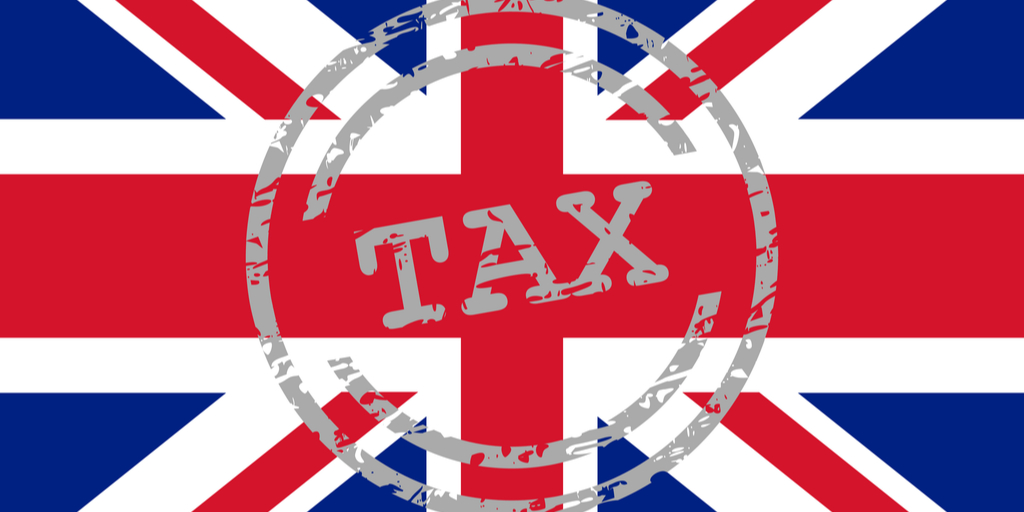 I keep getting nagged on why I haven’t published an updated article on this key matter. Probably because I am fed up with Brexit and dislike thinking about it, let alone writing on it. So, here it goes under popular demand.

I am going to keep it nice and simple so as many people as possible understand it clearly, leaving aside esoterics. I had already covered this topic back in 2018: Brexit and You – 21st February 2018

Following the Withdrawal Agreement, ratified by the Union and the United Kingdom, the Authorities have agreed a transition period which extends to all of 2020; basically, it’s a status quo on tax matters. For the avoidance of doubt, during 2020 it is going to be business as usual, NOTHING will change.

However, as from the 1st January 2021, there will be significant taxation changes that UK nationals should be aware of. Take good note.

As most readers are probably aware, UK nationals have been paying almost no IHT since 2015 in several regions of Spain, namely Andalusia and Madrid.

However, as from the 01/01/2021 these uber lenient regional tax reliefs (and also local town hall tax reliefs that apply to Plusvalia tax on inheriting) will be discontinued for all UK resident beneficiaries. Only national tax reliefs will continue to apply next year, albeit they are pitiful. In other words, any UK national that stands to inherit as from 2021 onwards can expect a much higher IHT bill in Spain.

Which is why I stress that UK nationals should take this seriously and do some forward tax-planning. I strongly advise British nationals to explore gifting Spanish assets (money & property) to their loved ones so as to avoid being landed with a massive inheritance tax bill as from 2021 onwards. To put this in perspective, in the case of Andalusia, you are looking at a tax difference of 10,000% on average (sic). That is a lot of tax money that can be legally avoided following my tax advice.

Many UK taxpayers have already pre-empted this through us already, but I am well aware there are far more that could also take advantage of huge tax savings. Ignoring my advice will lead many to saddle their loved ones (spouse and children) with huge tax bills on inheriting. Unlike in the UK, it is not the estate itself that is taxed, it is the inheritor. Meaning a beneficiary of an estate in Spain cannot pay inheritance tax out of the Spanish estate itself, you need to raise the tax money independently. Which is why, dependent on cases, it is advised you plan ahead for this event. Don’t sleep on this, be proactive if you want to avoid a whole deal of stress, aggravation and extra taxes to your loved ones.

During all of 2020, UK nationals can gift assets to their loved ones paying little to no Gift tax in several regions of Spain. Take advantage of it while it lasts.

And last but not least, is a point which makes this issue pressing; Spain’s newly-elected government. A hard-left wing coalition (some call it social-communist) has taken power in Madrid and has vowed to put a stop to this regional nil inheritance taxation on IHT. There are serious talks they plan to roll back devolved competencies in all regions on IHT and pass a new nationwide Inheritance Act that will quash (generous) regional tax reliefs, levelling the playing field. Everyone will be taxed equally (read higher) ironing out any and all pesky regional discrepancies. Don’t you love politicians?

We have covered this topic extensively in several articles, pay heed to our tax advice:

Tax on rental income will be increased from 19 to 24%, with no tax relief allowed.

This means that all UK-based landlords, regardless if long-term lets or holiday accommodations, will now pay more tax as from 2021.

Rollover relief (under 65-year-olds) will no longer apply on reinvesting the sales proceeds in a new main home located in the United Kingdom (for those expats that sell up in Spain and relocate back home to the UK). Which means CGT must now be paid on selling your main home in Spain.

“A house divided against itself cannot stand.” – Abraham Lincoln

Abraham Lincoln (1809 – 1865). From an impoverished humble background of corn farmers, this self-taught American lawyer, strategist and politician would rise to serve as the 16th US President. He resolutely ensured a pro-Union victory, strengthened the federal government, modernized the economy, brought about the emancipation of slaves and preserved the Union. During his tenure, he held presidential elections in 1864 to be re-elected, amid a devastating Civil War that threatened to tear his country apart and engulf it in a sea of darkness; yet he gave example in the face of adversity, holding steadfast to his ideals, steering the ship safely into port and acting as a beacon of Democracy which light shone with a fierce intensity the likes of which the world has never witnessed, before or since. Never again would a country hold presidential elections amidst a bloody civil war in what constitutes one of History’s greatest democratic feats to date. But most importantly, he went into great lengths to ensure the festering wounds left open during the fratricidal Civil War were healed; generously reconciling both sides in equal terms, as one nation, indivisible, under God. It is for this very reason, that more than two centuries on, he is widely regarded as the greatest American president to grace the White House. Through his courage and sacrifice, which ultimately would claim his own life, he laid the groundwork of what was to become the greatest and most powerful nation on earth over the next two centuries. A true statesman that would always put ahead of any consideration the best interests of his people, by tearing down divisive walls and fostering at every opportunity union. He is the greatest American of all time, towering above the rest.

Larraín Nesbitt Lawyers is a law firm specialized in taxation, inheritance, conveyancing, and litigation. We will be very pleased to discuss your matter with you. You can contact us by e-mail at info@larrainnesbitt.com, by telephone on 952 19 22 88 or by completing our contact form.

Please note the information provided in this article is of general interest only and is not to be construed or intended as substitute for professional legal advice. This article may be posted freely in websites or other social media so long as the author is duly credited. Plagiarizing, whether in whole or in part, this article without crediting the author may result in criminal prosecution. No delusional secessionist politician was harmed on writing this article. VOV.

How are foreign teleworkers taxed in Spain? The latest Tax Office consultation on a remote worker from the UK resolves the issue