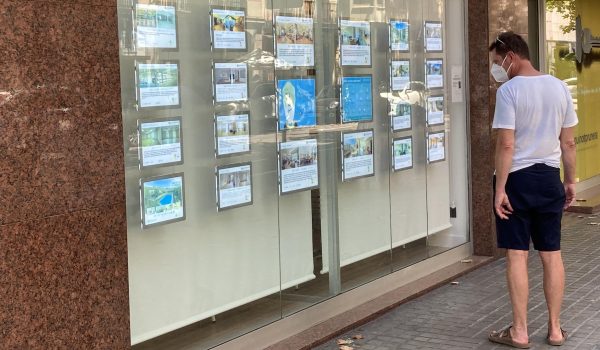 A Government Decree rushed through last Friday setting up an extra-judicial process for settling mortgage interest floor-clause claims does borrowers no favours, and makes it more necessary for foreign borrowers to group together behind a Rottweiler legal team to get the best settlement.

Last Friday 20th January the Spanish Government passed a Royal Decree 1/2017 setting up an extra-judicial process (EP) for settling mortgage interest floor-clause claims against lenders, ostensibly to make the process quicker and cheaper for both sides, and avoid clogging up the courts. In reality, the Decree tilts the playing field in favour of banks at expense of borrowers.

The Decree essentially forces borrowers to go down the EP road by saddling them with legal fees and courts costs if they don’t, and buys the banks at least four months more time before they have to face claims in court. And if borrowers take lenders to court after trying the EP, they will have to pick up the bill for legal fees and court expenses if they don’t win a bigger settlement in court than they were offered by their lender in the EP.

Spanish Consumer organisations like the FACUA have lambasted the Decree as a smokescreen that lets the banks off the hook. “The Royal Decree on floor clauses is just a smokescreen: it doesn’t oblige the banks to do anything,” says Rubén Sánchez of FACUA, pointing out the Decree is full of ambiguities. “In this country nobody dares punish the banks for the biggest fraud on consumers in history.”

Banks have to inform all borrowers with floor clauses, all 1.4 million of them, though it’s not clear how they will do this. Once a borrower files a claim via the EP, lenders have a month to accept or reject the claim, then three months to respond with a compensation proposal. So banks get four months of breathing space before any potential judicial process.

Furthermore, banks get to decide what compensation to offer, based on their own criteria, and they face no penalty for not offering full compensation.

So it’s not clear how the banks will notify affected borrowers, it muddies the waters for court claims including those concerned with mortgage setup costs, and promises to be generally chaotic, with procedural variations from lender to lender.

This is what Fernando Del Canto, a barrister qualified to practise in Spain and the UK, who has written on the subject for the Times and the Huffington Post, has to say about the Decree.

“Against a decision of the highest court, the CJEU, the Government gives more oxygen to the worst practices of the Spanish banking system against a citizenship which has hardly started to recover from a crisis provoked by those same Banks .

This nefarious Decree, lacking all legal logic, establishes an extrajudicial procedure to elude the res judicata, and damaging the most basic consumers’ rights.

In the first place it blocks the immediate repayment of the interest illegally charged by the banks, as the European Court orders. And I stress that they are “illegal interests” as to continue calling them “undue interests” is an euphemism that does not recognize the existence of an unappealable judicial ruling.

Secondly, the three-months period that this new Decree gives to the Bank harms consumer rights as it increases “de facto” to three months the current two months that the banks must comply with to reply to customer complaints, established by Order ECC / 2502/2012, of November 16.

Thirdly, the banks have one month from the publication of this new regulation to adapt to the new process, thus acquiring an additional month to make a first offer, which only marks the beginning of a lengthy negotiation process.

Thus this procedure, which is supposed to guarantee customer rights and support an already crowded court system,only strengthens the delaying tactics of a banking system reluctant to accept the decision of the European Court.

Therefore, the banks are reducing the accounting reserves made last year following this Decree as it seems that the compensations to be paid will be lower than expected.”

Spanish borrowers can turn to local consumer organisations or deal with their local bank themselves if they like, but foreign borrowers are in a different boat.

How many foreign borrowers are in a position to calculate how much they have really been overcharged in interest payments over the years due to complex floor clauses buried in the small print of contracts in Spanish?

How many foreign borrowers are in a good position to deal with the EP, or even understand what is going on, given the language barrier in many cases?

This Decree doesn’t oblige banks to compensate clients in full. Lenders can propose any settlement they see fit. It stands to reason they will propose the smallest settlements on the best terms for them, for example improvements to mortgage terms realised over years, rather than cash repayments in full. How many foreign borrowers are in a position to judge if the proposal is sufficient or not?

Banks have lots of information, and deal with lots of clients, whilst individual borrowers only deal with one bank, and have little information. So thanks to the asymmetry of information, banks are in a stronger negotiating position. How many individual foreign borrowers, many of them living outside of Spain, will be negotiating from position of strength? This Decree gives lenders all the cards when it comes to compensating the people they have overcharged.

I believe this Decree makes it even more necessary for foreign borrowers to group together behind a Rottweiler legal team to get the compensation they are entitled to by law. Group action gives borrowers a stronger hand, reduces the asymmetry of information, levels the playing field a bit, and lets the banks know they are dealing with a well-organised group who are not to be messed with. Lawyers representing a group and handling multiple claims against different lenders will be in a better position to know when to accept an EP settlement, or go to court. And it also makes the whole process easier for foreign borrowers, as a specialist lawyer in Spain does all the work.

I have teamed up with Fernando Del Canto’s legal firm Del Canto Chambers, with operations in Spain, the UK, and the Middle East, because I believe they are well placed to provide this service to people who have taken out mortgages in Spain, especially foreign borrowers. They are grouping clients by lender, which gives them more weight in negotiations with banks, and I am helping them reach potential clients. Del Canto Chambers offer standard legal fees or no-win-no-fee, so you can choose what suits you best.