According to the latest housing market data from the General Council of Notaries, house prices have finally reached positive territory whilst home sales continue growing.

Average Spanish house prices rose by 1.7% to 1,242 €/m2 in September, the first time they have risen for almost a year, at least according to the data compiled by the Notaries.

The notaries’ index is the most volatile of all the indices included in the SPI House Price Index Tracker (HPIT), as is clear from the graph below. Given its volatility, it’s rash to draw conclusions from one month’s result, but at least it is now moving in the same direction as most of the others.

Only one of the indexes tracked (Idealista) is still in negative territory.

Spanish home sales rose year-on-year 9% to 30,328 in September, having risen in 9 of the last 12 months. A recover in sales appears to be consolidating with each passing month, though the market is still depressed by normal standards for a country the size of Spain. 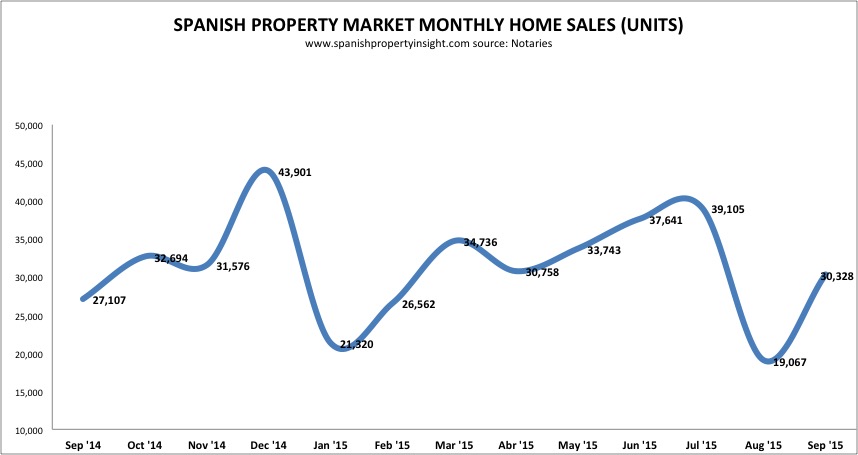 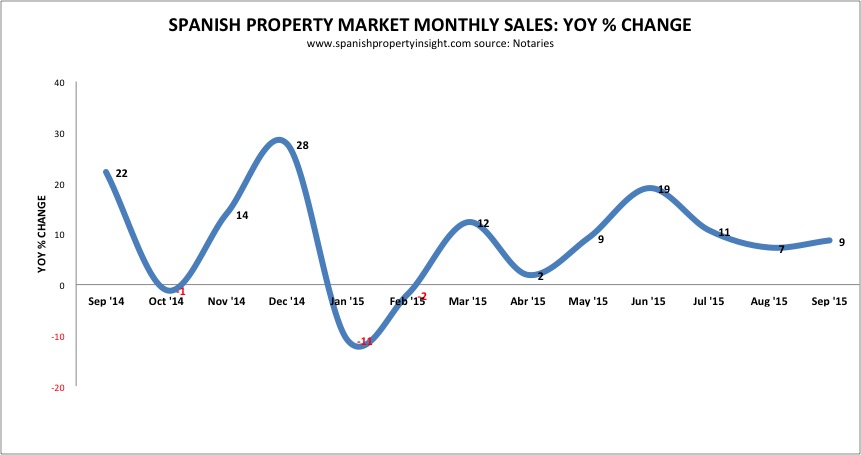 “The monthly figures reflect a rebound in home sales, although still far below the levels before the crisis,” explain the notaries.

One thought on “NOTARIES: House prices and sales rise in September”