Home sales cooling down as the year progresses

Eurozone mortgage base rates bottoming out 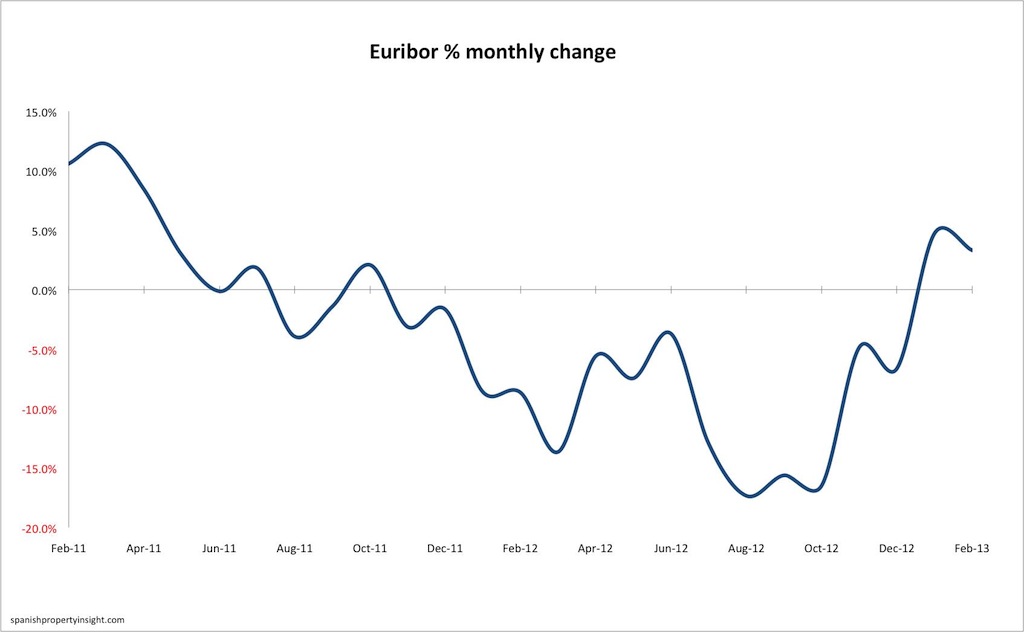 A summary of the Latest Euribor and Spanish mortgage news

Euribor (12 months), the interest rate typically used to set mortgage repayments in Spain, rose to 0.594pc in February, a percentage change of +3.3pc on the previous month, and the second consecutive monthly rise since May 2011 (illustrated by the chart above).

On an annualised basis, Euribor was 65pc lower than a year ago, meaning lower monthly repayments for borrowers with variable-rate mortgages, who will typically save more than €1,000 a year as a result.

Close to its historic low of 0.549pc in December 2012, Euribor now has little room for further falls. The next chart above illustrates how annualised declines may have come to an end. 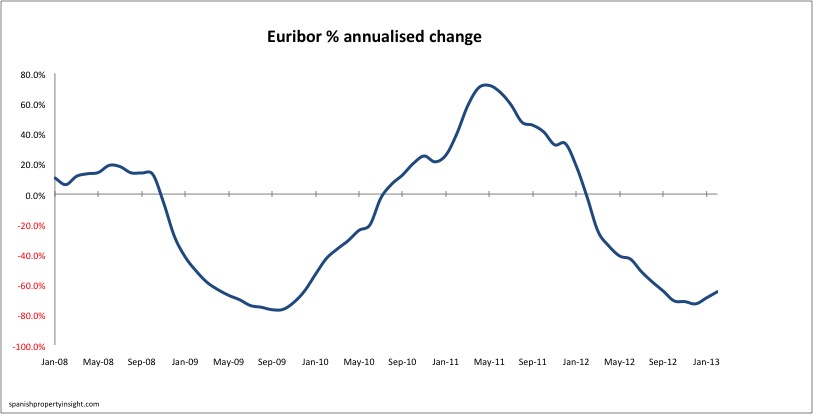 Low base rates don’t necessarily mean cheaper rates for new borrowers. Lenders are steadily increasing the spread, or margin they charge, so new borrowers may find themselves paying mortgage rates of 3pc or more. That said, they can be considered the lucky ones to be able to borrow at all.

Mortgage lending down heavily in 2012

All of which reveals declining investment in Spanish real estate, implying no let up yet in the downward pressure on house prices.

On the other hand, the latest report from the Bank of Spain claims there was an increase in demand for mortgages in the last quarter of 2012, the first such increase in two years. No details were provided.