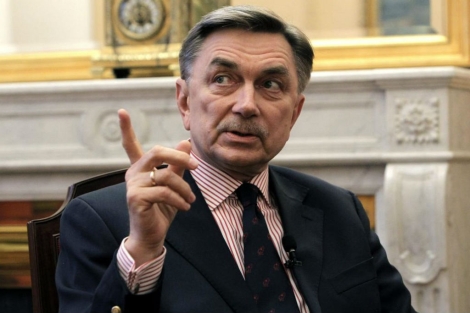 Yuri Korchagin (pictured), the Russian Ambassador to Spain, told the Spanish press that greater numbers of Russians will buy property in Spain if doing so entitles them to a residency permit.

Keen to stimulate sales of homes in Spain, The Spanish Government has floated the idea of giving non-EU buyers a special type of residency permit (that does not allow them to work in Spain or take advantage of public services) if they spend €160,000 or more on a property in Spain.

This might attract more Russian and Chinese investors, who currently can only visit Spain on a 90-day visa.

This year Russian tourists broke through the 1 million barrier for the first time, and more than 60,000 already live here, says Korchagin.

Last year Russians bought 1,645 homes in Spain, almost 8pc of the total acquired by foreigners, only behind the British, French, and Germans. Their favourite destinations are the Costa Brava, Costa Blanca, and Costa del Sol. Press reports say they are mainly middle class families buying a holiday-home.

The problem with this idea, according to Spanish media reports, is that it needs to be agreed with other European countries in the Schengen zone, some of whom oppose it.

+ Residency in Spain for property investors

DiG Lawyers (Abogados – Advocats) is a mid-sized law firm with offices in Barcelona and Lleida, and an international network of collaboration agreements with law firms around the world who share DiGs philosophy and high level of professionalism.

As a mid-sized firm with a multi-lingual team and cross-border expertise, DiG is perfectly placed to assist foreign clients with all their legal needs in Spain. Foreign clients need a firm big enough to handle cross-border work with multidisciplinary expertise in various languages, but without losing the personal touch.

DiG can help you buy or sell a property in Spain with the minimum risk and fuss, and guide you safely through the whole process. DiG are particularly strong on cross-border tax issues, inheritance tax planning, wills, probate, and how to deal with all the legal and fiscal issues involved in Spanish Inheritance Tax situations.

For all your legal needs in Spain, and in particular, if you need inheritance tax planning, or if your have inherited assets in Spain and need to pay inheritance tax on them, get in touch and DiG lawyers will help you overcome the challenges you face.