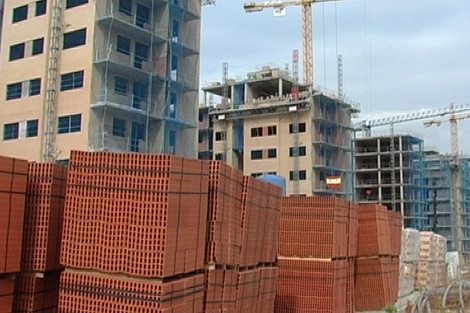 Spain’s excess inventory of newly-built homes has peaked and is starting to decline, reducing one of the biggest obstacles to recovery, Finance Minister Elena Salgado has claimed.

According to Salgado, the glut of new homes stopped growing in the first half of the year, and will fall by 20pc in 2011 as resurgent demand beggins to mop it up. Demand is “showing symptoms of recovery,” Salgado told the Spanish press.

Salgado’s colleague, Javier Vallés, Director of the Economy Office, also sees cause for some optimism in the fact that house sales are now greater than housing starts – a sign that the sector is starting to return to normality.

Since the summer new homes sales have been greater than housing starts, meaning that “we are touching bottom” in the residential market.

Vallés says the glut is “beginning to disappear” and that residential construction will start to recover in 2011.

But housing starts are down by almost 90pc from the peak, so it is hardly surprising they are now lower than sales. Vallés doesn’t say anything about that.

Neverthless, he sees the sector beginning to return to normality and housing starts recovering next year, which will end the hemoraging of jobs in the construction sector.

But that’s not the way that Rafael Fernández see it as head of the building suppliers association Cepco.

According to Spanish press reports he said the construction sector “still hasn’t touched bottom in 2010,” and 2011 will be worse.

Buy they do see some glimmers of hope. For example, the stock of homes for sale in Madrid is “relatively small” and a potential recovery in demand for second homes from France and Germany.

So on the bright side, Cepco think the sector might touch bottom in 2011, said Fernández.