The best of times, the worst of times (to buy property in Spain)

Is now a good time to buy property in Spain? The current Minister of Housing says yes, the former Minister says no (though she used to say yes). Who is right?

Beatriz Corredor, the current Minister for Housing, recently said in an interview with the Spanish daily El Pais that now is an “optimum” time to buy a home in Spain.

“We have a huge selection, low interest rates…..The fiscal and financial situation means that now is an optimum time (to buy).”

True, she was talking about primary residencies, not holiday homes. Even so, I’m sure she would argue that now is a great time to buy any kind of property in Spain (that’s her job).

She was responding to the following question from El Pais:

“Your predecessor María Antonia Trujillo told El Pais on Wednesday that she wouldn’t buy a flat now, that prices should fall from the peak between 30% and 50%….What do you make of her comments?” 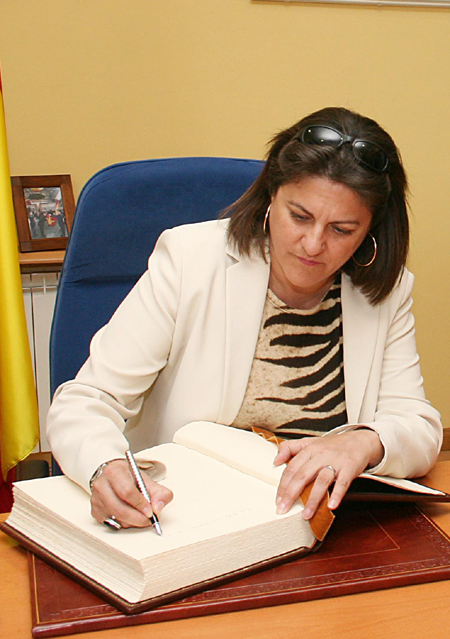 So her predecessor (pictured above) doesn’t think this is a good time to buy. “I’ve been looking to buy for three years. I would not buy now,” she told El Pais, also saying she hopes prices correct (by up to 50%) “as soon as possible”. These days just a back-bencher,Trujillo, who was Housing Minister from 2004-2007, is free to speak her mind, unlike the current Minister, whose job it is to talk up the market.

So, who is right? Corredor, the current Minister, or Trujillo, her predecessor? Is now a good time to buy a home in Spain?

There is no doubt that now is the best time in years for cash buyers. Prices in coastal areas have fallen by up to 50% (or more), there is more choice than ever, and cash buyers can find good value for money (and a lot of over-priced rubbish too).

Which is not to say that it won’t get even better in future. The economic situation is still dire, and prices might fall even further, especially for Spain’s glut of undesirable property.

That said, I don’t think prices for prime and A-grade Spanish property are going to fall much further, so I think Corredor is right if you look just at these segments. Trujilllo may be right when it comes to the rest of the market.

The worst time to buy was during the boom, when prices went through the roof, quality crashed through the floor as the economy strained to build too many houses, and every cowboy ever born jumped into the business looking for easy money (ironically, financing wasn’t a problem then).

Are cash buyers looking for prime and A-grade property in a better position now? I think so.

What do you think?

Thoughts on “The best of times, the worst of times (to buy property in Spain)”