Do you need a mortgage in Spain? Fill in this form to get the ball rolling:

What’s the maximum age for a mortgage in Spain? 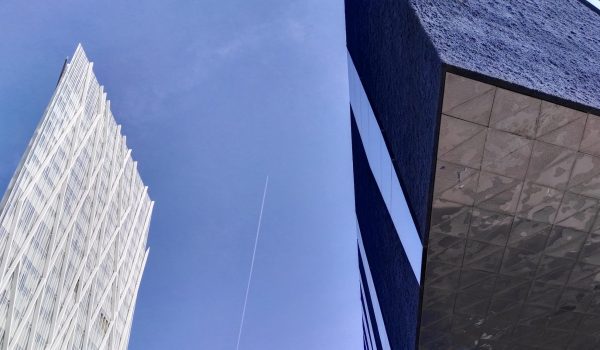 Your guide to mortgage costs in Spain

Should you take out a fixed or variable-rate mortgage right now?

The post-pandemic boom in mortgage lending continued in the first quarter of this year, as rising interest rates encouraged home buyers to make a move before borrowing costs get any higher.

There were 88,331 new residential mortgages signed in the first quarter of the year, up 14% compared to the same period last year, according to figures from the association of Spanish notaries. The chart above illustrates quarterly lending volumes since the beginning of 2021, with the upward trend clear to see. Mortgage lending has now expanded year-on-year for seven consecutive quarters starting in Q3 2020, and shows no sign of abating.

Looking back, the pandemic had a limited impact on Spanish mortgage lending, and may even have stimulated a borrowing boom as people made lifestyle changes and moved house in response. In the next chart showing the annualised change in mortgage lending from the start of 2020, you can see the pandemic-related decline was limited to the lockdown months between March and May 2020, with lending growing again by July 2020. Since then mortgage lending has declined on only two occasions.

Comparisons with the 2020 are meaningless because of the lockdown that year, but if you look back to 2019 to see how mortgage lending compares to a ‘normal’ year before the pandemic, we see volumes up this year by 31% in the first quarter, so the market is clearly booming by the standards of a normal year.

Lending was up all over Spain in Q1 but particularly strong in the Canaries (+29%), the Balearics (+20%), and Andalusia (+19%), home to the Costa del Sol. Compared to 2019, the biggest growth in lending came from Murcia, up 53% compared to the same period that year. The latest figures confirm that mortgage lending is growing strongly in coastal areas and the islands where foreign investors tend to buy.

Loan values also rose nationally by 4.1% to an average loan value of €151,129, and even more in the Balearics (+20%), and in Andalusia (+10%), but were down by just under 1% in the Valencian region. Average loan values have now increased for ten consecutive months, suggesting that banks have been comfortable making more and expensive loans.

12-month Euribor, the interest rate normally used for Spanish mortgages, ended the quarter at -0.232% before turning positive in April (0.021%), the first time Euribor has been in the black since January 2016. With Eurozone inflation rising to levels not seen in decades (8.7% in Spain in May) it is clear that interest rates are set to rise further as the ECB tries to bring inflation under control. Some experts are forecasting 1.5% by year-end.

Rising interest rates partly explain the current boom in mortgage lending, as borrowers try to get ahead of the curve and lock in fixed-rate mortgages before borrowing costs rise any further.

Foreign demand for property in Spain also grew strongly in the first quarter, up 73% according to figures from the association of Spanish land registrars, and many foreign buyers decided to take advantage of the still low cost of borrowing to finance their purchase. There are no public figures for mortgage lending by nationality but our own figures show a 40% increase in foreign borrowers, a 36% increase in the number of nationalities buying in Spain with a mortgage, and a 37% increase in the average loan value.

It is still a good time to get a mortgage in Spain with Euribor close to historic lows and fixed-rate deals available as low as 1.7% for 20 years for non-residents, but borrowing costs look set to rise, and mortgages can take time to arrange, so get in touch if you need a Spanish mortgage and we’ll help you find the best conditions on the market.