GBP/EUR volatile amid UK restrictions delay and soaring US Dollar 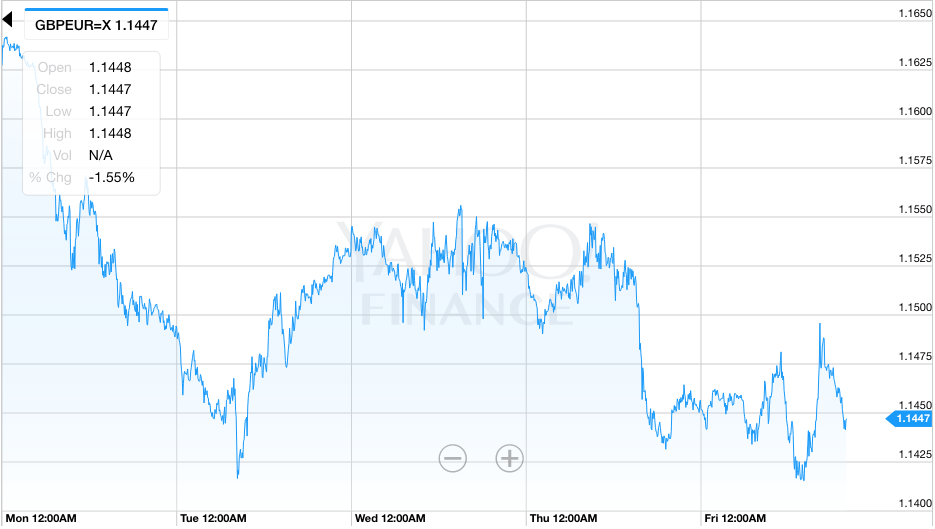 The resolution for the New Year from Theresa May and her government seems to be focussed on expediting the divorce from the EU, and taking back control of our borders, but will this be at any cost?

The Prime Minister claimed in an interview on Sky News last Sunday, that she is not suffering from ‘muddled thinking’, responding to criticism from outgoing EU ambassador Sir Ivan Rogers. In fact her thinking seems to be very clear, and focussing on what she claims will be a good deal with the EU, both for Britain and our friends on the continent.

For the pound, the markets listen for any suggestion about retaining the free access to the single market. The threat of leaving, a so-called ‘hard’ Brexit is what is unsettling sterling and why after Mrs May said that despite remaining confident of a good deal that Britain cannot hope to hang on ‘to bits of EU membership’, we opened the week badly and the market continues to shift in its downward trend.

Mark Carney has supplied a little tonic for those worrying about the overall state of the UK economy. In his evidence to the Treasury Select Committee, the governor of the Bank of England said that Brexit is no longer the biggest risk to financial stability, and that despite his warnings pre-referendum, that the actions that the Bank have taken since the 23rd June such as providing more financial support for banks and businesses as well as a cut in interest rates has worked. The pound has been unaffected by the positive Bank of England rhetoric, preferring to remain downbeat perhaps in the faint hope that the good news will prevail and give us something to build on rather than get the rug pulled from under its feet again.

Eyes to next week, and it’s hard to look beyond Tuesday when Theresa May is to set our more on the government’s plans for Brexit. Article 50, she has claimed, will be triggered by April and Downing Street has confirmed that she will give more information on what she sees as Britain becoming truly global ‘that embraces and trades with countries across the world’. It’s perhaps too harsh to assume that she will drive another nail into Sterling’s’ coffin, but it’s important to be alive to the threat. We’ve seen how the market moves if Mark Carney, Boris Johnson and others give their opinion about Brexit. But for the boss-lady to give her candid view will be watched closely.

Those of you that need to act on purchasing euros have been warned. It’s looking to be a bumpy ride in the next few weeks, so strap yourselves in.

GBP/EUR volatile amid UK restrictions delay and soaring US Dollar