In doing our work in Spain, what horrors have we found? Well water – cold and damp – is probably the biggest problem. I have to put in my reports that ‘generally, throughout Costa del Sol, but especially in higher mountain areas, there is a need to remember that whilst the three to four summer months are dry, the remainder of the year has a ‘normal’ climate of occasional rain and wind.

Unfortunately, many architects and owners appear to ignore this, thus leading to ventilation, water penetration and draught problems. Especially so with older properties where I think that the attitude has been to put up with some damp discolouration in the winter and huddle round the small table with the basin of coals underneath getting ‘corn-beef’ legs, then redecorate as things dry out in the spring and summer and do the same again next year. With there being so little wood in the construction, rot is not a major problem. Build like that in the UK and dry rot would be galloping through a building like a cancer within a few years.

We have found some spectacular failures. One in Axarquia always comes to mind and I have put the clients in contact with a UK TV company that is preparing programmes on people who have come out and found problems and how they have solved them. Hopefully, a happy ever after story. However, in this case I doubt it. I was called out to check a gap that had appeared between a swimming pool and the house. What I found was that the retaining wall, of huge Casares stones, had just been plonked down on the ground without foundation or internal screen or drainage. The wall was moving and the earth that it was to be supporting was just washing through it with every rain. The house wasn’t affected, yet! I was introduced to a neighbour lower down the hillside who, before he had even been able to move into the new house, had noticed major cracking. Over the next few months all the soil under the front of the house had washed away and the entire concrete base had cracked, effectively starting to tear the house in half. Further up the hill, seen from the urbanisation road that had already slid away once, one could look under a house’s foundation as the garden retaining wall had slid down the hillside taking all the support with it. The only house that wasn’t affected was the one on the flat land at the foot of the hill – but it was in line to receive some of the stuff coming down from above!

A spectacular error by the architect or whoever designed the foundations. More was to come though. In asking about the titles and copies of licences the client said that the developer had promised them, but that “the Ayuntamiento was in touch with Sevilla!” Can it be that there is no permission for the urbanisation to be built at all? I asked what had happened with their lawyer – had they not helped? Well they had recently changed their lawyer as, at a meeting with the developer complaining about matters, they had understood enough to realise that the developer had said to the client’s lawyer that if they didn’t shut up and stop complaining they wouldn’t pass them any more clients. So the lawyer promptly stopped. And the clients have paid 95% of the price. How that can all be sorted out I don’t know, but they now have new lawyers, Architecto Técnicos and engineers preparing reports on their behalf. The friendly selling agent is not often seen in the area now!

And just in case you don’t believe it is possible, here are some pictures to illustrate how bad structural problems can get. 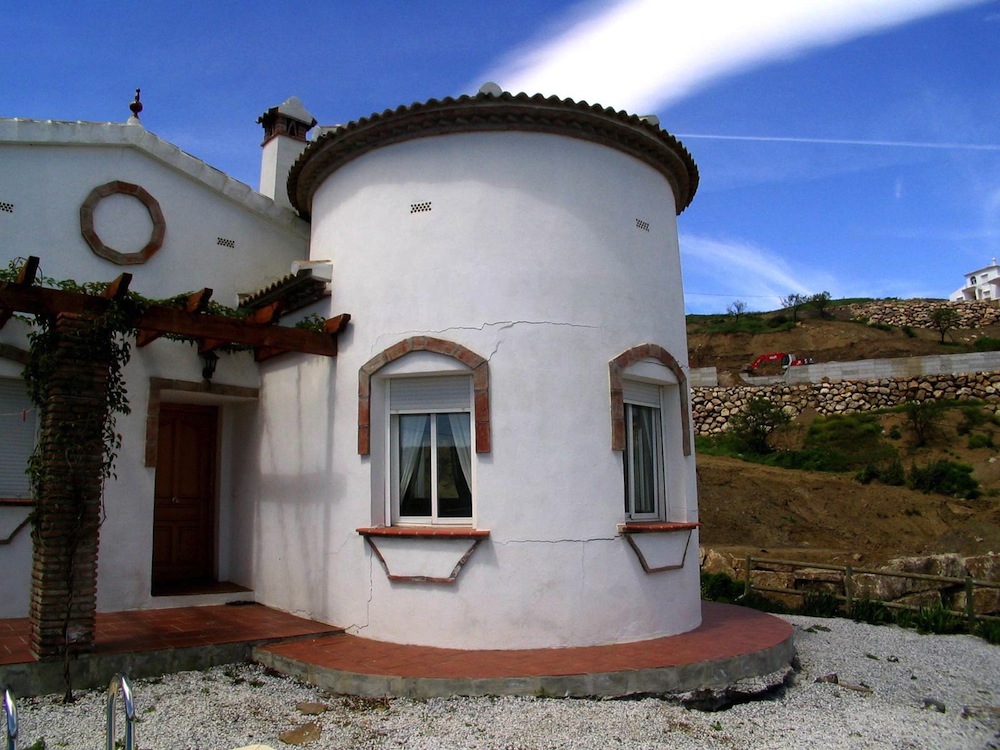