He is a prolific writer of Spanish tax & legal articles written in English, having published well over 400 since 2004. His articles and blogs are widely used by the real estate industry and property think tanks, having been translated into multiple languages. He is a long-standing contributor of Spain’s two leading online property portals; Barcelona-based Spanish Property Insight (run by Mark Stucklin) and Madrid-based Idealista (run by Jesús Encinar).

As legal pundit, he has made several media appearances throughout the years and is regularly quoted by the international press as a reliable source in his field of expertise (The Sunday Times, The New York Times, The Guardian, WSJ, etc.)

Larraín Nesbitt Abogados will be very pleased to discuss your matter with you. You can review here our client’s testimonials. 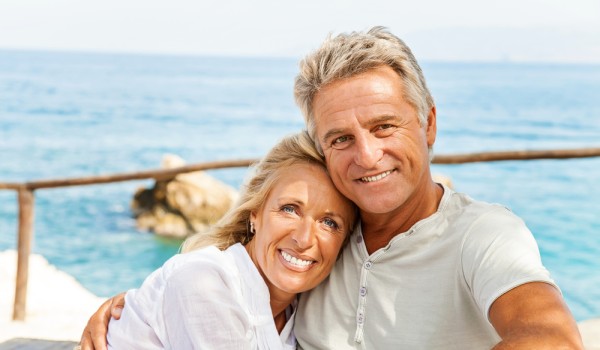 Equity release in Spain: Selling the ‘bare’ ownership and cashing in!

A brief guide to property in Sotogrande – the pearl of Cadiz

Spanish lenders are of late besieged by the number of court cases being brought against them as a result of the mortgage abusive clauses they added during Spain’s long lasting property boom:

A recent Supreme Court ruling has declared null and void 32 abusive mortgage clauses with retroactive effects. I had been warning on such abusive clauses for over a decade: Spanish Mortgage Loans – Beware of Abusive Clauses.

This is a ground-breaking ruling from a legal point of view as the financial repercussions would ripple across the finance sector. It could potentially affect thousands of borrowers (including scores of non-resident borrowers) as its effects are retroactive. Borrowers stand to claw back a significant amount of what they paid when they bought a property in Spain:

On average, we could be talking of several thousand euros per borrower. Billions of euros in total.

Despite the warm fuzzy feeling this news exudes, I advise borrowers to take it with a pinch of salt (or two) and adopt a cautious approach.

For starters, this ruling blatantly contradicts prior Supreme Court rulings which established it was a borrower’s responsibility to pay for said costs. So, it does not set jurisprudence. Meaning lower courts are not bound by it. Moreover, this new ruling is from the Civil section when the line of jurisprudence had been set by a different section, the Contentious-Administrative one. Perhaps I venture the Supreme Court would do well in getting their act together as disjointed rulings from different sections on the same matter add confusion and take away credibility.

Secondly, and not least important, is the fact that our existing tax laws (such as the Stamp Duty Act) expressly rule that the taxpayer on mortgage setup costs is the borrower, period. No grey areas here, carry on.

And finally, the Tax Office has also made it clear in its binding replies for over two decades now that it is the borrower who is responsible for paying the 1.5% Stamp Duty on a mortgage setup.

Unsurprisingly, the latest rulings have been a bit of a mix bag. Some eager young judges favour borrowers, yet others, perhaps more conservative, clearly rule in favour of lenders.

In this particular case, I see strong arguments against indulging in reckless litigation that could leave borrowers seriously out-of-pocket. I am of the opinion that borrowers should just sit tight and wait for events to unfold. At least until there is a clear discernible pattern before entering into reckless litigation.

One thing is litigating when you have a European Court of Justice ruling backing you (which cannot be appealed) such as the ‘floor clauses’ or recovering off-plan deposits and another very different is litigating in the face of existing decades-old tax laws which clearly point at who’s responsible for paying mortgage setup costs (borrower). The latter simply reminds me of the infamous charge of the Light Brigade at the Battle of Balaclava.

So borrower, caveat emptor. I urge you to resist the siren songs of many a law firm luring you to take on your bank from glossy newspaper ads – at your own cost. At least for the time being until the dust settles and there is a clear court stance on the matter of mortgage setup costs; one way or another.

“Lawyers exist to protect us from other lawyers.”

Larraín Nesbitt Lawyers is a law firm specialized in taxation, inheritance, conveyancing, and litigation. We will be very pleased to discuss your matter with you. You can contact us by e-mail at info@larrainnesbitt.com, by telephone on (+34) 952 19 22 88 or by completing our contact form.