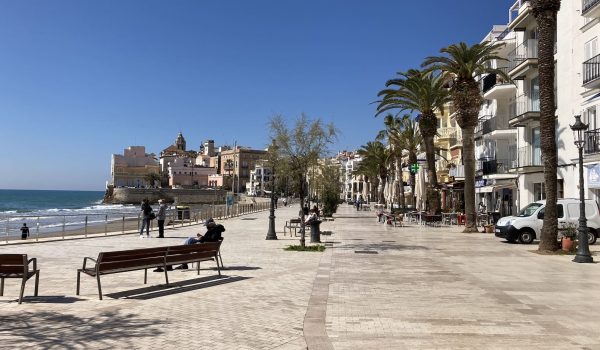 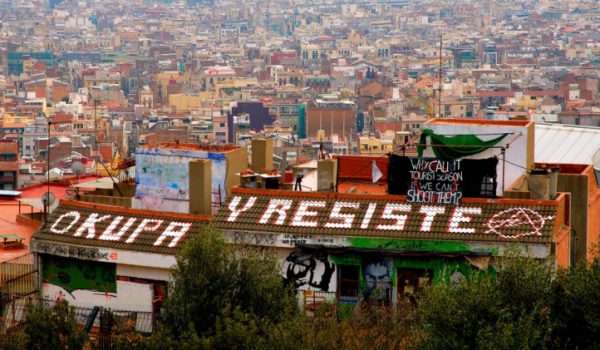 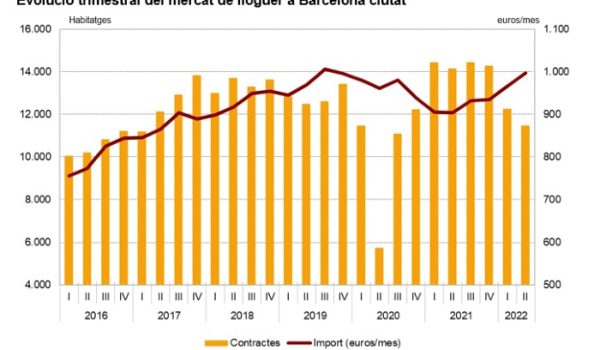 NOTARIES: November sales up 7pc, but house prices down 1pc

The Spanish property market continued expanding in November, but oversupply is keeping a lid on prices, suggest the latest figures from the General Council of Notaries.

Notaries witnessed a total of 34,918 home sales in November, up 7.3% on the same month last year, though the increase was a more modest 3.3% on a seasonally adjusted basis. 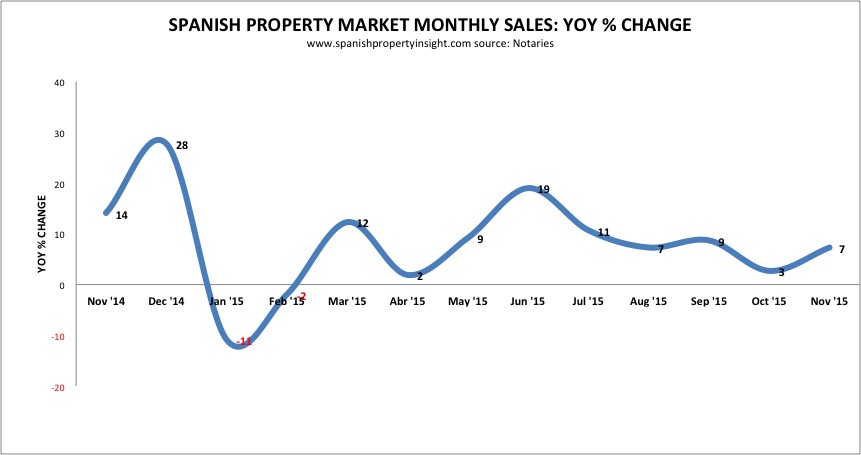 Home sales have now increased for ten consecutive months, and only decreased in January and February 2015 because of tax policy changes in 2014 that distorted the annualised comparisons at the start of 2015.

If there is one thing that all sources of housing market data agree on, it’s that resales are rising whilst new home sales are falling, as happened again in November according to the notaries. Resales were up 12% y-o-y, and new home sales down 19%. 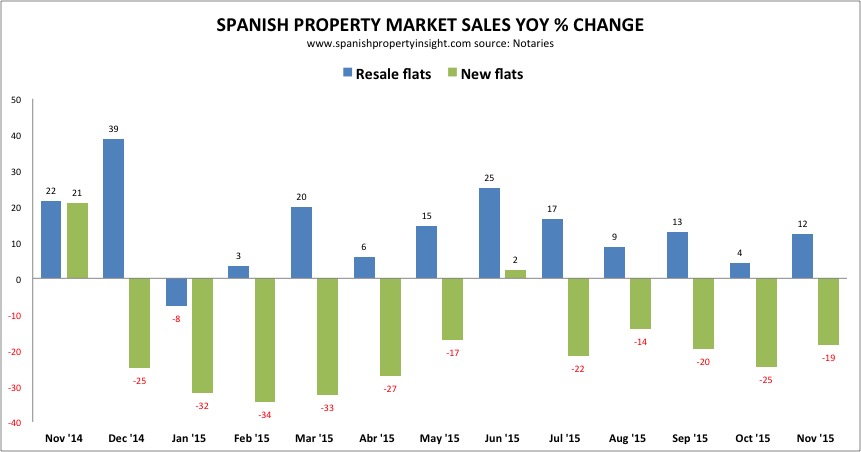 The average price of property sold in Spain in November fell by 1.1% in a year, according to the notaries, whose figures have shown house prices declining year-on-year in 10 of the last 12 months.

Steadily increasing sales combined with falling prices suggest the market is still oversupplied, which is keeping a lid on prices.

It should be noted, however, that average prices conceal big regional variations, as prices rise in some hot local markets like Barcelona and Marbella, whilst falling in most other parts of Spain.

In the context of the SPI House Price Index Tracker, which tracks seven of the most widely-watched house price indices in Spain, the latest figures from the notaries are in line with other recent figures showing house prices losing upward momentum in recent months and declining between 1% and 2%. 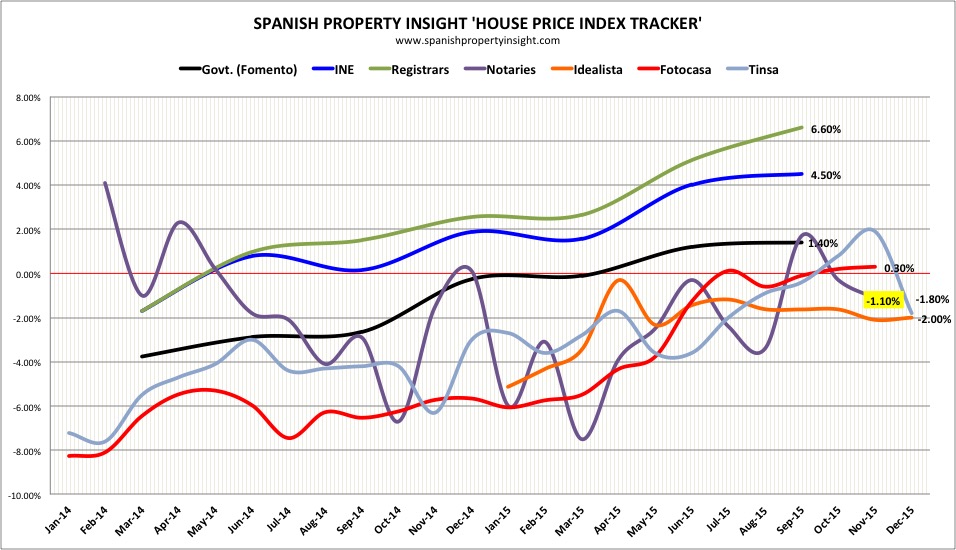 The following charts from the notaries show homes sales (on the left), and the average house price (right) going back to 2007, when the boom came to an end. Both charts clearly illustrate how boom turned to bust, whilst sales are now climbing again, and house prices are bouncing along the bottom, with considerable volatility in the short term.

“The recovery visibly continues in terms of sales, although the evolution of different components continues to vary widely,” conclude the notaries.